Sultanganj lies in Bihar, while Deoghar—known more as Baidyanath Dham—falls in Jharkhand, and the 100 odd kilometers in between becomes all saffron during the month of Shravan (15 July to 15 August, roughly). People-- always more than any imaginable number-- flock at Sultanganj, fill the urns suspended at the ends of poles they carry on their shoulders with water from the Ganges, and immediately set out on a holy vigil—towards Deoghar. Their rapidness makes them look like the retreating army lost for a lost cause. Rain usually is bucketed down that time of the year, and this marching mechanism seems as translucent as the greenery around it.  Walking in a sphere of awe and silence, the marchers reach Deoghar 4 days later, and the small town gets filled to the brim. Shravani Mela there is just an assembly of one hundred thousand any day who come walking a very long way, with urns. The marchers wait patiently in a queue that starts usually from outside the town, and snail on for one more day to empty their urns on the ‘lingam’ at Baidyanath Dham. 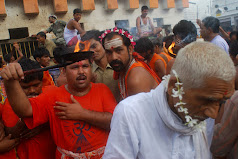 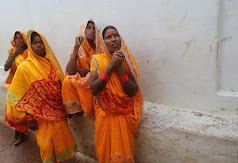 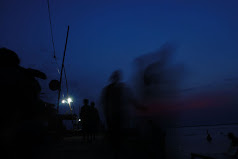 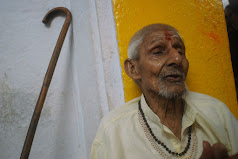 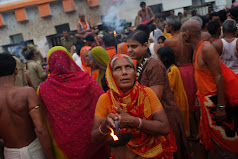 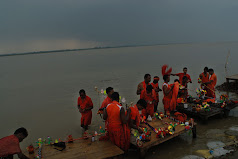 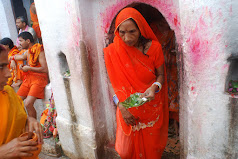 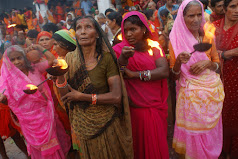 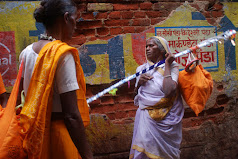 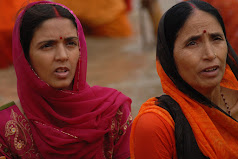 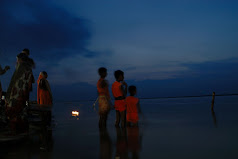 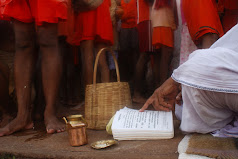 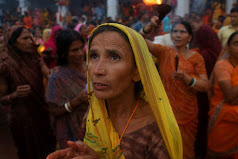 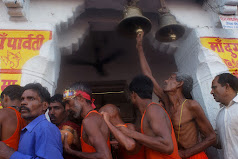 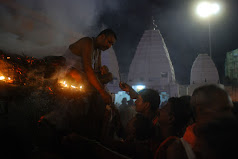 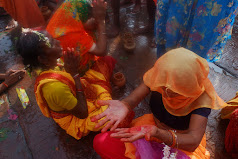 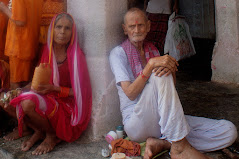 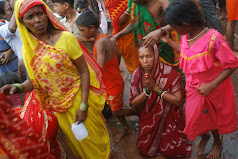