Gomateshwar Bahubali is the Jains’ Lord of Love. His 57 feet monolithic stone statue—presumably the biggest in the world—was sculpted at around AD 981 at Shravanabelagola, in Karnataka. The place is hidden between two low hills, named Chandragiri and Vindhyagiri, and it certainly is a place of Jain pilgrimage now for 2500 years. Chandragupta Maurya is reported to have spent his last days here as a penniless ascetic after denouncing the then biggest kingdom on earth. Bahubali is placed on the summit of the hill Vindyagiri, and can be seen from anywhere in a radius of 10 miles. All the hills and associated terrains are dotted in Shravanabelagola with forbidden monasteries, and the place retains an air of sacred mystery. Once every 12 years Jains from all over the world assemble at Shravanabelagola. The entire place gets barricaded and thousands and thousands of pilgrims climb the hill and then climb the makeshift stairs to reach above the head of Bahubali. All day long urns full of coconut water and turmeric solution and rose petals and even leaf of gold are showered on Bahubali. The fiasco is known as Mahamastakabhisheka. It’s a cleansing of the soul, really, than a ritualistic bath of the Lord of Love. 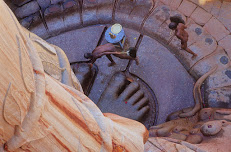 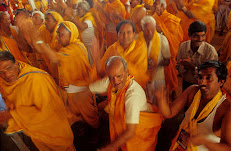 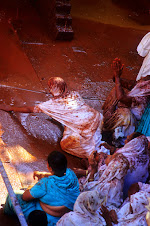 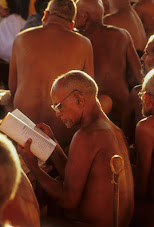 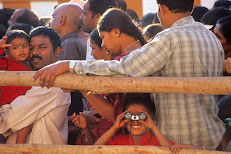 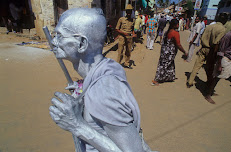 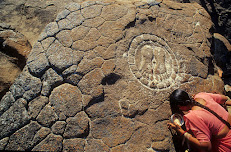