Bisket Yatra—held at Bhaktapur, Nepal-- is a festival to honor fertility cult. An almost broken down chariot—carrying the idol of a blood-sucking Goddess, Chamunda—is dragged around town. A huge pole symbolizing Masculinity is also erected in the town square. People gather around to make merry while celebrating this Heavenly union. In a nearby village known as Thimi, all village idols are paraded in floral palanquins and people throw in abundance red powder. This part of the program is known as Sindoor (Red powder) Yatra. ‘Yatra’ literally means a march-- either with a political motive or with a semi-divine cause. In Bisket Yatra, the crowd keeps on marching in a solid, unidentifiable mass of human bodies. High up on the chariot thousands of roosters are sacrificed and the Goddess is probably pleased. 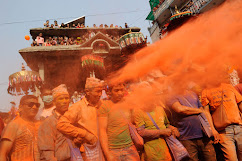 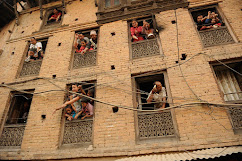 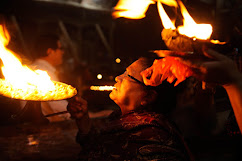 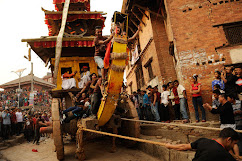 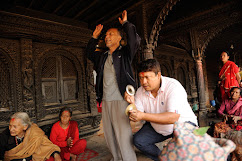 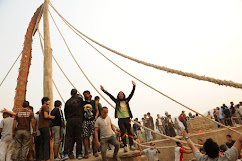 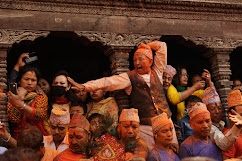 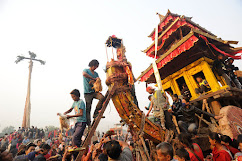 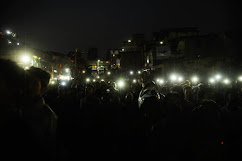 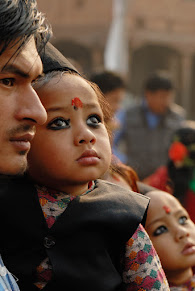 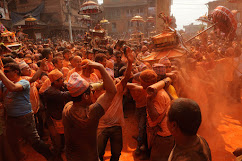 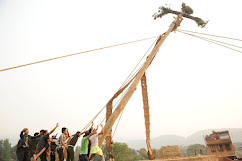 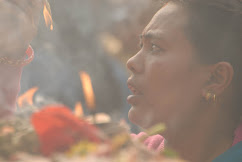 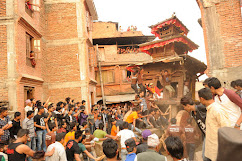 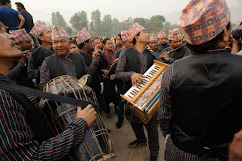 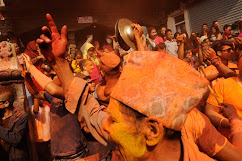 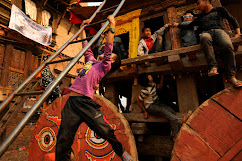 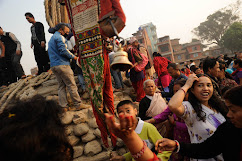 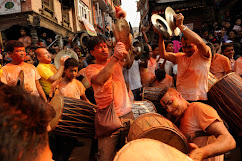 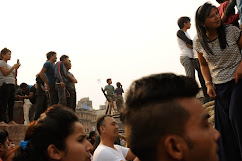 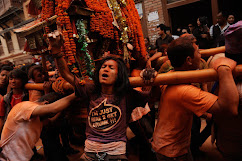 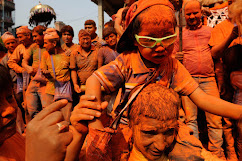 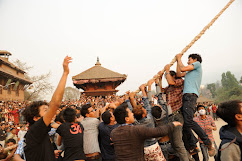 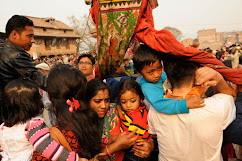 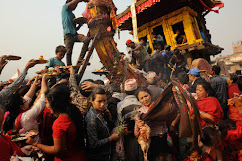 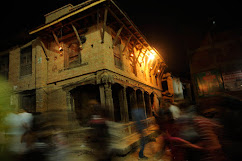 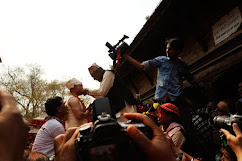 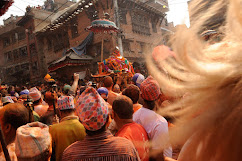